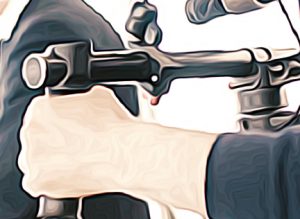 I have a bit of a weird request. Not the weirdest request in the world, but still probably a little bit strange. I am currently trying to sell salt. Plain, white, iodised table salt, and I need someone to help me market it. You might think: everybody has salt in their kitchens, surely you’d have no problem getting people to buy yours? Well, that is where you’re wrong, my friend. Because everybody already having salt is the exact problem. Why would they switch brands they’ve been using for years to come to mine?

I’ve had this crazy idea to hire a video filming and production company in the Melbourne area to help advertise my brand. But how are you meant to advertise salt? Each crystal is tiny and it’s difficult to see on camera. But then, you get a whole pile of it, and it just looks like a pile of white stuff. If you were to use the box with my logo and all of the branding on it, you wouldn’t even see the salt at all, and I think that’s a mistake. Your customers should see the product they’re buying. They should be able to ascertain the quality from a single glance, a single sniff. Part of me thinks I should instead hire a video animation company that specialises in 3D animation and get them to animate the salt instead. At least that way it’ll be easier to zoom in on the individual salt crystals and really get them to sparkle on camera. I could even make them look better than they actually are, but I feel as though that would be disingenuous. I really want to do this whole thing in an ethical way. I’m collecting the salt in an ethical way, and using eco-friendly packaging. I want to be able to say my company is ethical, both because it looks good from a customer’s perspective, and also because it feels good to me. Buy my salt product!