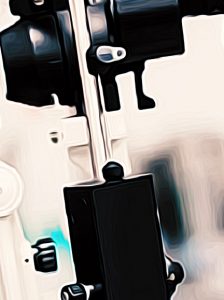 Raising children can be difficult. I thought the baby stage was bad enough, with all the tossing and turning and feeding during the night, but actually trying to turn these small creatures into functioning adults is even worse. Not only for how much time you have to invest in their development, but also in terms of money. So much money is spent on school fees and clothes and after school sports and other hobbies.

I recently spent a whole load of money on this eye doctor operating near the Cheltenham area to get my kid’s eyes checked out. She’s at the age the government recommends an additional eye check, but unfortunately this time it’s not free. Which sucks. It’s not like it’s not affordable, but it’s honestly just another thing I have to spend money on. I suppose I signed up for it. And I don’t want to sound like I don’t love my kids, because I do, but you never really realise just how much money and effort goes into humans until you’ve got someone to look after who isn’t yourself. Sometimes I wish I could leave civilisation and move to the middle of nowhere, build a house and live off the land, but when you actually think about it I don’t suppose that would be any easier.

Paying for a behavioural optometrist is not too bad in the grand scheme of things. At least my child didn’t suddenly decide they wanted to start equestrian. Then I would have to buy a horse and all the riding equipment, and then pay for lessons in addition to everything else. It’s all worth it in the end though, since I get to see my kids grow to be lovely people. They’re still pretty young, so it’s not like they’re going to be going into high school or anything anytime soon, but I enjoy getting to talk to them like actual people now they’re old enough to carry a conversation.