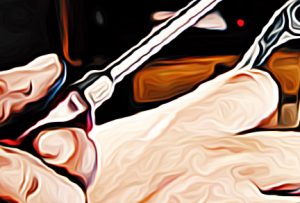 ‘It’s not supposed to make that sound is it,’ I frowned over my mug of tea.

‘It definitely is not,’ my son frowned next to me, over his mug of hot chocolate.

We both took a long, frowning sip.

‘Well,’ my husband grunted, hopping out of his ute and slamming the door, ‘that’s not supposed to sound like that.’

‘We were actually just saying something similar,’ I nodded, and my son snorted into his drink.

‘I don’t know why she’s playing up so much,’ my husband puzzled, popping open the bonnet and scratching his head. ‘I just took her to a mechanic that can do diesel services near me, but I trust he did a great job.’

‘It’s a mystery,’ our son shook his head. ‘One that may never be solved.’

‘Well,’ my husband batted his hands. ‘It will. I just need to figure it out.’

‘You’re going to figure it out?’ I asked, confused.

‘No reason,’ I said quickly, bringing my mug up for another sip.

‘What aren’t you saying?’ he asked with a frown.

‘Nothing, darling,’ I soothed him. ‘Carry on with your fixing.’

‘We both know you’re a terrible car owner,’ the kid piped up.

‘David!’ I smacked him lightly on the arm. ‘That’s not true!’

‘You think I’m a bad car owner?’ my husband asked, genuinely shocked by this news.

‘Sweetie,’ I said, walking over to rub his arm soothingly. ‘How many cars have you owned since we’ve been together?’

‘Two or three?’ he shrugged.

‘The answer is five, dear,’ I nodded. ‘And every time they broke down, you refused to take them to highest-rated mechanic operating in Raceview and tried to fix them yourself.’

‘The last one just had a flat battery,’ I told him. ‘I checked with the new owner after you sold it.’