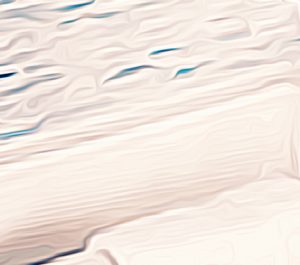 ‘So when you think comfortable baths, you think…’

I pointed to the crowd, waiting for them to finish the slogan. The silence nearly made me fall over. One guy coughed.

‘Thank you David, for that very impressive demonstration!’ my manager half-ran onto the stage, clapping ahead of himself and inspiring a half-hearted smattering from the crowd. ‘Who’s next to pitch their big idea for where the company should expand next? Anyone? Open call!’

I grumpily slid off the edge of the stage, dropping into my seat and wishing it would swallow me instead. Debbie from Sales jumped up on the stage and began prattling on about something to do with craft supplies.

‘I thought your idea was good!’ a voice whispered from behind me. I twisted around despite myself, to see Angela grinning at me excitedly.

‘Sure,’ she said. ‘Why shouldn’t we get into baths? We have all the infrastructure, like you said.’

‘Thank you!’ I said, slightly too loudly. Debbie glared at me from the stage. ‘Thanks!’ I repeated, much more quietly.

‘I do have one note though,’ Angela mused. ‘I think you should focus on bathtub cut outs for elderly people living near the Sydney CBD.’

She pulled out her phone and began tapping away.

‘You know,’ I nodded, ‘I think you’re right. With the right marketing, we could really sell the idea of bath modifications to make them safer for seniors—

‘Nope, never mind,’ she clicked her phone shut and dropped it in her pocket. ‘Totally not an original idea.’

She mimed putting a finger to her lips, then pointed at Debbie on the stage. I sighed and sank back into my seat.