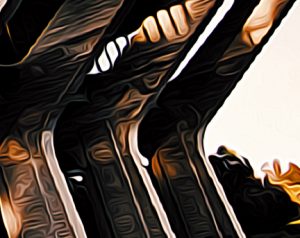 My friend has made some progress in her job search. She’s managed to score two interviews which is a good sign. It shows that her resume is doing enough to stand out in at least some instances. Unfortunately, she wasn’t successful in her first interview, but at the very least it was great practice and it set her up nicely for the next interview. She’s still waiting to hear back from the second interview, but she said it went really well so that’s a nice positive. We’ll see how she goes.

Update: she didn’t get the job. Apparently, she doesn’t have enough skills to be able to offer typical residential architectural services, which means she likely won’t be hired anywhere. My heart broke for her when she relayed the news. No one wants to study for six years only to be told that they don’t have enough skills to be employable. That’s pretty much torture. If I had been told that when I was applying for jobs I would have burst into tears during the interview. I don’t know what she’s going to do anymore. Maybe she’ll go back to university? Imagine going back and studying something new after doing an undergraduate and Master’s degree in the one field. It would be such a kick in the guts.

I might suggest that my friend takes one of the many young architects based in Melbourne out for a coffee to see how that person got into the industry. Building professional relationships like that can really help you out in the long run, even if they don’t get you anywhere now. Simply knowing people who work in the same industry as you is a big plus. There are many people who know others who can get them jobs. This means they have a massive advantage over others. If you know someone you don’t even need to be that skilled.