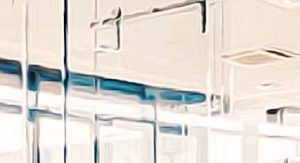 “What do you mean, you were in love with me?” Maphira asked, taken completely aback by Vai’s revelation. “If that was the case, why didn’t you say anything?”

Vai sighed. “Because I knew that there was no way we’d ever be together. We’re just… not compatible, Mai. That’s the truth, no matter how much I’d wished it were otherwise.”

“How are we not compatible? I mean other than the obvious fact that you stabbed me in the back. What about before? You know I like women!”

Shaking her head, Vai bit her lip. “Do you, though? I think there’s something about yourself you haven’t realised yet that means it never would have worked between us. I’ve seen the way you are in relationships. Your heart isn’t in it.”

Mostly, Maphira was just confused by the claim, but this was also starting to get awkward. She wished they were actually in the building to do some office tinting so that they could get back to work.

Vai stood and paced over to stand in front of Maphira. “Alright, tell me this. After our falling out, did you ever even think about getting into a relationship? Or did you just get on with your life, offering commercial tinting services near Melbourne or whatever it was you did?”

“Well, no,” Maphira said, unsure what that had to do with anything. “But I was in hiding. The Conclave had basically taken over the entire world. That’s no time for romance!”

Lifting a single brow, Vai said, “And did you ever crave it, wish that it was a time for romance?”

Maphira crossed her arms. “No, I didn’t. Should I have?”

“Yes! That’s how most people feel! They desire a romantic partner no matter what’s going on in the world. Did you ever want to be in a relationship, or did you just go along with it because that’s what somebody else wanted?”

The words hit hard, because Maphira knew the truth of them, now that they were presented right in front of her. She’d always thought that was normal, that people didn’t really care about that sort of thing.