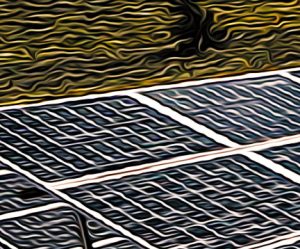 Maphira and Rylee made for the exit of the building, although they weren’t exactly sure where that was. At this point, they could only hope that Cole and Vai managed to escape. Maphira would have gone back to help them, but getting her sister out of here alive mattered most.

As they neared a set of doors that would lead outside, plenty of sunlight spilling through the glass, the building rumbled beneath them, an almighty shockwave tearing across it.

They stopped in place, looking at each other for a moment. “We have to go back,” Rylee said. “That came from the room they were in – I can feel it.”

What had happened? Maybe a 100KW solar system had gone haywire. If something like that had exploded, what were the chances that either of their allies had survived?

Although she wanted nothing more than to keep her sister safe, Maphira knew she was right. How could she ever live with herself if she didn’t at least go back to check?

They turned around, Maphira pushing Rylee’s wheelchair along. As they moved, countless Conclave members rushed past them, not caring at all about the intruders. Maphira quickly deduced that something far bigger than a simple 100 or 30KW solar system malfunction had happened.

Eventually they reached the room, although it couldn’t be called that any longer. It was now nothing but a pile of rubble, the roof having collapsed. Maphira gulped, feeling a heaviness in her chest, and left Rylee behind so she could search the destruction.

What had happened here? As she searched, she found enough clues to deduce that Vai and Cole had managed to defeat the Conclave’s leaders. Scattered pieces of Bender told the story of the robot’s destruction.

But the chances were, neither of them survived.

Maphira wiped tears from her eyes as she spotted the Cole robot, completely still under the rubble. She looked back at Rylee and shook her head, hoping her sister figured out the bad news from that. Perhaps robot Cole hadn’t been so bad in the end.